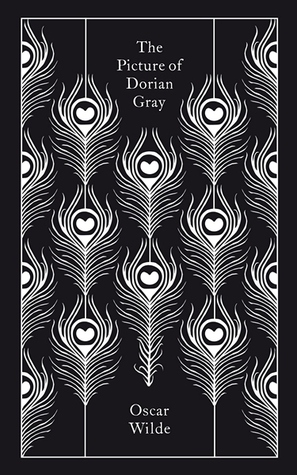 Enthralled by his own exquisite portrait, Dorian Gray exchanges his soul for eternal youth and beauty. Influenced by his friend Lord Henry Wotton, he is drawn into a corrupt double life; indulging his desires in secret while remaining a gentleman inthe eyes of polite society. Only his portrait bears the traces of his decadence. The novel was a succès de scandale and the book was later used as evidence against Wilde at the Old Bailey in 1895. It has lost none of its power to fascinate and disturb.

“The world is changed because you are made of ivory and gold. The curves of your lips rewrite history.”

This is one of the classics everyone told me to read. Every time I watch/read a “classics for beginners” list this pops up. I definitely see why this makes those lists. The Picture of Dorain Gray is probably one of the most readable and easy to follow classics I’ve ever read. The plot and characters are so interesting and the humour is still relevant. Something about this book feels so modern even though it’s not, and I really loved that about it.

One of my favourite things about this book was the clever wit and brilliant prose. Oscar Wilde was known for being incredibly sharp and that comes through so much in this. Dorian Gray is horrible in his way, but he’s also so funny and has that biting sharp wit and I kind of loved him for it. There is definitely levels of subtext and underhanded comments throughout this book and it was really fun to notice and unpack those.

Thematically, this book revolves around a discussion of aestheticism and how morality, decency and appearance were approached in the period. It was really interesting to explore this take and Oscar Wilde’s views, especially since Dorian Gray not-so-subtly embodies Oscar Wilde himself. My edition (Penguin Clothbound Classic) had footnotes and extra information about various quotes and scenes which were also SO interesting, so I recommend getting this edition if you can for those!

The characters in this were also great. Dorian Gray is a fun character to follow. He’s highly morally grey and a bit vain and vapid but something about him is still so interesting. I immensely enjoyed following him and his slow descent into madness. The side characters aren’t explored in as much depth but they’re still fun to follow.

I think one thing I loved about this classic was how brutal and shocking it was. I wasn’t expecting a book written so long ago to be so horrific but it really was. Of all the Victorian era classics I’ve read, this definitely was the most shocking, I genuinely can’t tell you how many times I softly whispered “Dorian … what the fuck”

If you’re looking to try some classics for the first time this really is a great choice. It’s easy to follow, readable and entertaining. It’s also not too long, and the language isn’t too convoluted, so it’s quite easy to follow.

Oscar Wilde is one of my favourite literary figures. He’s hilarious and incredibly interesting and I’m so glad I have finally read this, since it’s his most popular and well known works. I’m hoping to read The Importance of Being Earnest next (I’ve seen it but never read it) and I think reading a collection of his letters would be very interesting too.

This is the second review in my classics series so be sure to read my review of Sula if you haven’t already! Plus, drop some classics you think I would like in the comments

6 thoughts on “CLASSICS REVIEWS: The Picture of Dorian Gray by Oscar Wilde”