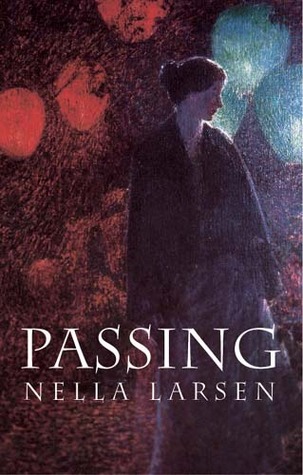 Married to a successful physician and prominently ensconced in Harlem’s vibrant society of the 1920s, Irene Redfield leads a charmed existence  until a chance encounter with a childhood friend. Clare Kendry has been “passing for white,” hiding her true identity from everyone, including her racist husband. Clare and her dangerous secret pose an increasingly powerful threat to Irene’s security, forcing both women to confront the hazards of public and private deception.

When I was assigned this book has required reading I had high hopes. I knew it was a Harlem Renaissance piece, and I was decided to dive into that because I’d never read one before. I also knew it was one of the books listed on the “1001 Books to Read Before You Die” list and so I thought it must be great. But I was mostly really intrigued to see how I would feel about the queerness in this book – I knew it was about passing for white, and potentially queer, and I wanted to know how I would interpret this text and it’s subtext.

This book did not let me down. This book made such a profound impact on me despite the fact it clocks in at just 94 pages. I read it in one sitting, and then I reread large potions of it straight away.

Passing follows Irene Radfield, a biracial black woman who lives in Harlem with her husband and two boys. Although her husband and children cannot pass for white, she can and occasionally does so in public. Whilst in a tea shop, she runs into Clare Kendry, a childhood friend and another biracial woman who has begun passing for white, and lives with her white supremacist husband and their child. From this fateful meeting leads to Clare and Irene developing a complicated relationship that threatens both Irene and Clare’s safety and security.

In Passing, Nella Larsen carefully explores anxieties around race and class, and especially the points in which they intersect. Clare and Irene’s shared insecurities over their class positions, and Irene’s feelings of discomfort over Clare transgressing class and race boundaries is a complex discussion that dominates the majority of the novel. Despite it’s short length, Larsen is able to approach these issues with depth and nuance.

Irene was a really interesting character to follow her. She certainly has some morals and beliefs that are inconsistent and poorly justified. I very much saw her as an unreliable narrator, but I really enjoyed that. I love unreliable narrators. The subtle shifts in her persona and attitude indicates she is suppressing or hiding her true feelings about issues here and I think it was really fun. Larsen very cleverly constructed Irene, revealing and hiding just enough to keep you uncertain to the end (and beyond) and I really liked that.

Queer subtext is quite prevalent in this text. I definitely felt like Irene and Clare had some unresolved sexual tension. I think the idea of passing is very much carried on and relates to Irene’s sexuality as well. If you’re interested in queer classics, this isn’t explicit but there is definitely a lot to unpack.

The setting of this, Harlem during the Harlem Renaissance, was also something I really enjoyed. Most modernist literature I have been exposed to deals exclusively with white communities so it was nice to see the opposite. Many of the symbols of 1920’s America, which are specifically white, are absent and it was refreshing. The introspection into cultural life in Harlem at the time, including the different clubs and the music movement was definitely interesting and something I don’t think I’ve ever read about before.

Finally, I want to say I really loved the writing style here. Modernism is probably my favourite literary movement but some texts are really hard to read. Passing is much more easy going. If anything I’d compare it to The Great Gatsby in style, first person narration, a little unreliable, and a mix of modernist cornerstones like stream of consciousness with more conventional writing techniques.

Overall this is a really easy classic to read and a really good one too. I enjoyed the characters a lot and the complex ideas Larsen embeds into this narrative. I definitely want to pick up another of her books because I feel she is a writer I could consistently enjoy.