I was tagged to do this by Laura to do this tag so thankyou so much!! This is such a fun tag I’m so happy to be doing it today. Lets get into it!

1. What are your nicknames? What do you prefer to be called?

Most people call me Jami, which is why this blog is named after my nickname and not my whole name (Jamieson). I also get called Jamie a little bit now, mostly by uni friends and teachers, which is kind of weird for me but I don’t hate it. I also get Jam from my closest friends and my sisters but I don’t tell people to call me that.

2. How often do you doodle? What do your doodles look like?

I am not really a big doodler but I kinda wish I was because I would like to have more artistic talent. In highschool if I was bored I would doodle plants usually, like trees and flowers, and sometimes would do mandala type things in the corners.

3. What do you do if you can’t sleep at night? Do you count sheep? Toss and turn? Try to get up and do something productive?

Oh for this one I have a REALLY weird one. I can’t exactly remember when or why I started, but at some point when I was quite young and wasn’t sleeping much I used to sing songs in my head to myself. For some reason, I would always sing the alphabet song, and now if I can’t sleep I just sing it in my head and will probably be asleep before I finish it. I always associate it with being tired and sleeping now, I think I literally Pavlov’s dog trained myself to sleep when I hear the alphabet song.

4. Do people consider you to be talkative or quiet?

Definitely talkative. People always tell me I talk so much, and loudly, in like every social circle I’m in.

I do cry in books and movies sometimes but I’m more likely to cry just when I’m feeling emotional. I cry when I’m stressed or frustrated, just because I feel it gets the feelings out and then I can refocus.

6. What is your biggest pet peeve?

People who aren’t considerate. This sounds weird, but people who only care about themselves piss me the fuck off. This is people who don’t put their indicator on when they’re merging lanes in the car, or four people who walk in a line really slowly in front of you. Things like that really annoy me. Also the other day a coworker was eating her dinner and made all these gross chewing noises that made me sick — I even had my headphones in and was listening to an audiobook and I could still hear her! Anyway, all of my pet peeves involve other people. Clearly, I’m an introvert.

7. How many times a day do you look at yourself in the mirror?

I honestly have no idea, probably depends on the day and what I’m doing.

8. What is the strangest thing you believed as a child?

That there were gorillas who could swim in the sea. I think it’s because I once heard someone talking about sea-monkeys and I thought like, there was a species of gorilla that lived underwater.

9. What is the guilty pleasure you enjoy too much to give up?

Eating raw milo straight out the tin OOP. (If you don’t know what Milo is, it’s basically like a chocolate drink powder we drink in Australia)

10. Who performs the most random acts of kindness out of everyone you know?

I think one of my friends definitely does. She always is getting people surprise gifts or shouting coffees and things like that.

11. How often do you read the newspaper? Which sections?

12. Which animal scares you the most?

I HATE, HATE, HATE SPIDERS. I haven’t even had a particularly bad experience with them, they just really freak and gross me out.

13. Are you more likely to avoid conflict or engage with it?

Definitely avoid. I don’t really like conflict and because I don’t get into many fights with friends anyway I haven’t had to engage with conflict much which makes it difficult for me sometimes.

14. What is the most recent compliment you’ve received?

My uni friend Jemma said she thought my outfit was really cute today.

15. What question are you tired of hearing?

“what are you going to do with your degree” FOR SURE. and “when are you getting a real job”.

16. What is the strangest thing you have eaten?

Hmm I don’t know. I guess Kangaroo since most people outside Australia wouldn’t have eaten that, but eating Kangaroo isn’t uncommon in Australia. Maybe Raven? I ate that in Japan but I think it’s common to eat raven in Asia.

17. Do you have a whole lot of acquaintances or just a few very close friends?

I feel like both? I have a few very close friends who have been my friends for many many years, but I also enjoy having a lot of acquaintances and I have friends from so many different areas of my life.

18. Do you have a catchphrase?

I don’t think so? There are definitely phrases I say a lot but I wouldn’t say they’re my catchphrase.

19. What’s your all-time favourite town or city? Why?

I haven’t been a whole tonne of places so I don’t know really! Though I have just been to Melbourne like 3 times in a year and I do love Melbourne a lot. It’s got such a fun city with so much going on and a really cool vibe. It also has so much stuff Perth doesn’t (LIKE SNOW!!), which I love. So maybe that’s my favourite at the moment. 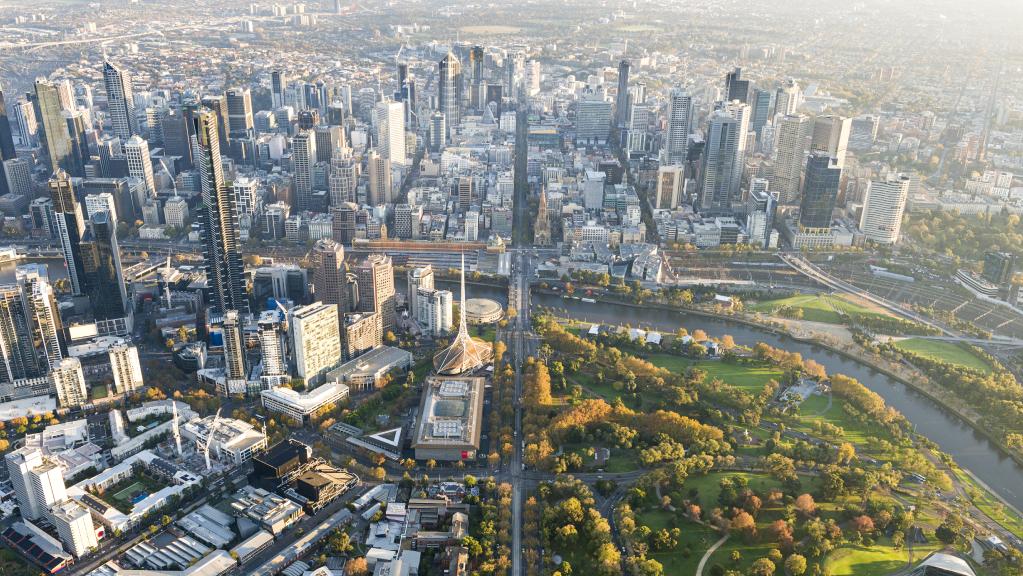 20. If you had to change your first name, what would you change it to?

Oh I would 100% go for something classical and pretentious like Cordelia or Orphelia because I think that would be funny.

Today when I told the guy who jumpstarted my car I was getting my car serviced soon so I didn’t need a new battery so he wouldn’t pressure me into buying one of the expensive RAC batteries.

22. What’s something that amazes you?

I know this one is typical but space! The universe is so vast and fascinating. It’s wild to think of all the stuff out there we just don’t know about.

23. Would you rather be the first person to explore a planet or be the inventor of a drug that cures a deadly disease?

I guess I should say inventor of a cure because it benefits more people, but I would really love to go to space, so I honestly don’t know.

24. What is your favourite amateur activity?

I LOVE snowboarding but I can’t do it much because there’s no uh, snow in Perth. That is why I’ve been to Melbourne so much recently. I also obviously am an amateur blogger, and I play social netball which is I love!

25. What was your first thought when you got up this morning?

I have no clue probably something about how it’s too cold to get out of bed.

26. What is your favourite song (at least at the moment)?

I’ve been getting back into some songs from the last few years I loved but didn’t listen to for a while. I’m listening to Starlight by SAFIA a lot, Further Than the Planes Fly by Eves Karydas, and a few Taylor Swift songs like I Know Places, Love Story and You Belong With Me.

27. List someone you know and describe them in five words.

28. You can select one person from history and have them truthfully answer one question. Who would you select and what would the question be? 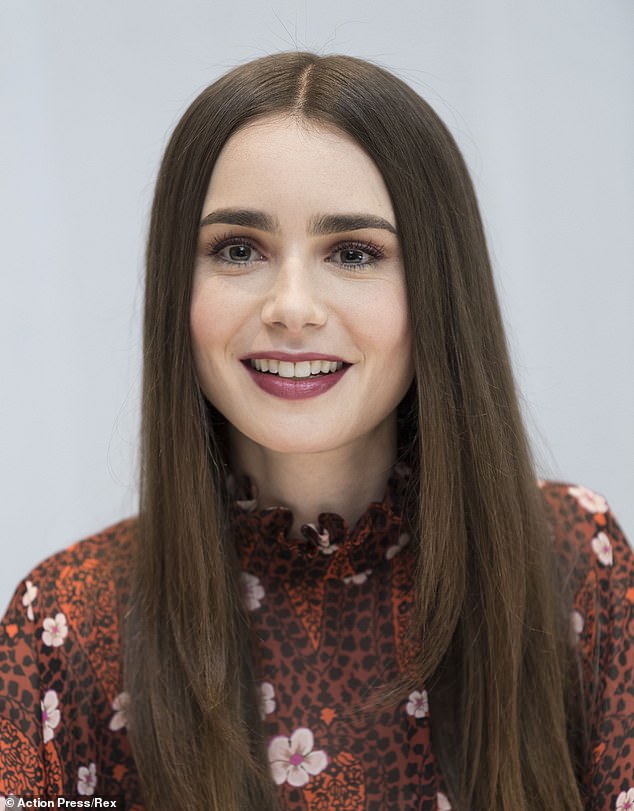 Shakespeare, because I feel there are so many unanswered questions about his life. I would definitely ask about his intentions behind some of his plays and what we were supposed to think about some of the “friendships”/romances and characters.

29. Which celebrity or artist do you resemble the most?

I’ve been told I resemble Lily Collins which I don’t’ see but she’s gorgeous so I’ll take it.

You know what, I have been tweeting about the AFL (Australian Rules Football) all night and no one understands because no one is Australian so I want you know it’s the best sport ever! And also what the rules are so here you go watch this video called What is the AFL? (I feel like me forcing AFL things on my book mutuals is my brand this year but I don’t care I love it)

That is the entire tag! Thankyou again to Laura for tagging me and thanks for reading everyone. Let me know whar your answers to these questions would be

I always tag the first people to appear in my reader on these, to share it around – so today I’m tagging: Holly,  Sakhile, Sarah, Stephanie and Sahi !