WWW Wednesday is hosted by Taking On a World of Words. It’s a meme that takes place every Wednesday, where the posters discuss 3 Ws:

WE SET THE DARK ON FIRE BY TEHLOR KAY MEJIA ➤  39% read
This was my random pick for the month chosen by a twitter follow and so far I’m really enjoying it. It reminds me of Girls of Paper and Fire + The Handmaids Tale, but it has a different element in that there’s a more active resistance plot I’m enjoying. I’m nearly halfway through this so I’m interested in how this is gonna develop in the second half.

NO FRIEND BUT THE MOUNTAINS BY BEHROUZ BOOCHANI ➤  11% read
I only just started this but it’s a book I’ve been meaning to read for a long time. It’s about Behrouz Boochani’s experiences in indefinite detention on Manus Island which is a prison that holds asylum seekers seeking refuge in Australia. Boochani was recently released and resettled in New Zealand which has promoted me to finally read this.

THE LIFE AND TIMES ➤ 42% read
I read a few chapters of this fanfic this month and I’m back into it. The chapters are SO long though, this is like over 600,000 words long…. Fanfic writers are heroes

I, IAGO BY NICOLE GALLAND ➤  1 star
I, Iago is a retelling/prequel to Othello focussing on Iago. I thought the beginning of this was kind of slow but okay, and I hoped the second half would pick up. But I HATED the second half and I wish I had dnf’ed this and not lost the time. This was just not a very nuanced look at a complex character and it reinforced some of the worst tropes/parts of Othello.

LEONARDO DA VINCI BY WALTER ISAACSON ➤ 4 stars
This is a 550-page biography about Leonardo da Vinci which is a kind of weird thing for me to pick up but I liked it so much! I’ve been interested in art recently so this was a really great introduction to Leonardo da Vinci and was so fascinating. The audiobook is excellent.

LIFE AS I KNOW IT BY MICHELLE PAYNE ➤
This will be my third non-fiction November read. This is about Michelle Payne who was the first female jockey to win the Melbourne Cup. I’m not that interested in horse-racing but this is about her life and working in an industry where female jockeys are super rare so I thought it might be interesting, plus it fits perfectly for the ‘sport’ prompt.

KINGS RISING BY C.S PACAT ➤
I want to finish this series before the end of the year (preferably the month) and I wasn’t in the mood for it all month but I think I’m ready to start it. I definitely haven’t been as into this series as everyone else but maybe the last book will fully win me over.

That is all for today’s WWW.
What books are you currently reading, recently finished, or reading next? 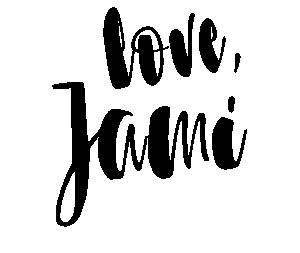